“True love is no game of the faint-hearted and the weak. It is born of strength and understanding.”

Meher Baba - Avatar of the Age 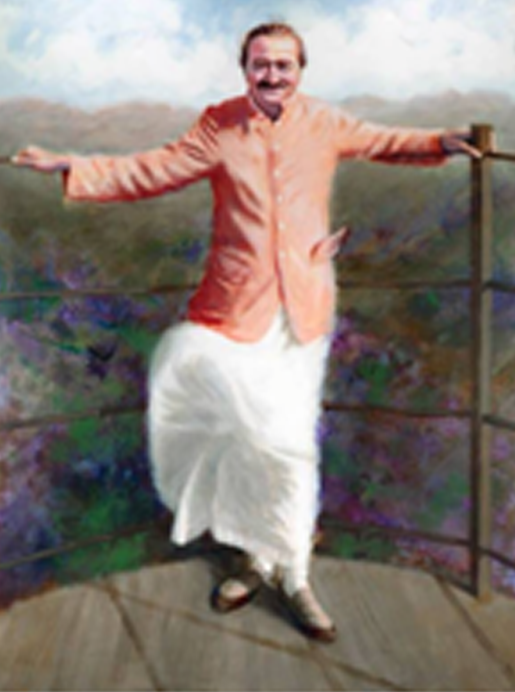 Meher Baba means... "Compassionate Father." It is the name given to their spiritual Master by a group of disciples in the early 1920s when signs of his spiritual status first became apparent. Today, many thousands of people from every religious tradition regard Meher Baba as the one long awaited — the Prophet, the Buddha, the Christ, the Messiah of this age. Most commonly in India he is referred to as the "Avatar," a Sanskrit word meaning "descent of God."

Personality - Meher Baba had a magnetic, indeed, captivating personality whose appeal was evident not only in intimate settings but before large crowds. Many who met him, both followers and otherwise, have commented particularly on the quality of his eyes and glance. Encouraging around him an atmosphere of spontaneity and good humor, Meher Baba himself possessed an ease and grace of manner and related himself with no apparent effort and on their own level to people of all types and from all social backgrounds. Though fire and force of character played a role in the discipline which he required of his disciples, his usual disposition was compassionate and gentle, particularly toward those in suffering. His ability to inspire enduring love and devotion in those whom he contacted has many testimonials, particularly in the lifelong service of close associates through the course of extraordinary hardships.

The Theme of Creation – Meher Baba said that he had come not to teach but to awaken, nonetheless his various messages and books, particularly God Speaks and the Discourses, present a definite and coherent cosmology. God, as he explained, is the sole Reality, and the created universe exists only in dream or imagination. The dream of creation originated in the Whim of God to know Himself. This precipitated an evolution of consciousness in which the "drop-soul" (or jeevatma), identifying with innumerable physical forms and thereby growing in experience, progressed from stone and metal through varied species of the vegetable, worm, fish, bird, and animal kingdoms.

In human form, which is the terminus of evolution, consciousness is fully developed, but now the soul experiences the accumulated impressions of evolution rather than its own, native God-state. This ignorance necessitates further births and deaths in human form in the round of reincarnation. Still impelled by the God's original Whim to know Himself, at length the soul turns inward and embarks upon what Meher Baba called the process of involution. This involutionary journey leads out of the gross or physical and on through the subtle and mental spheres (that is, the spheres of energy and mind), spanning seven planes of higher consciousness. The spiritual path culminates on the seventh plane with the experience of Divine Union or God-Realization, wherein the soul acquires direct and incontrovertible Knowledge of itself as God, the sole Being and infinite Reality. 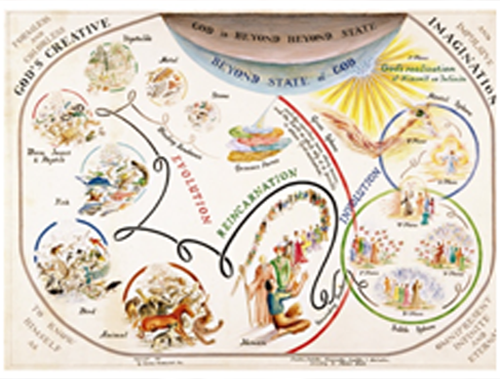